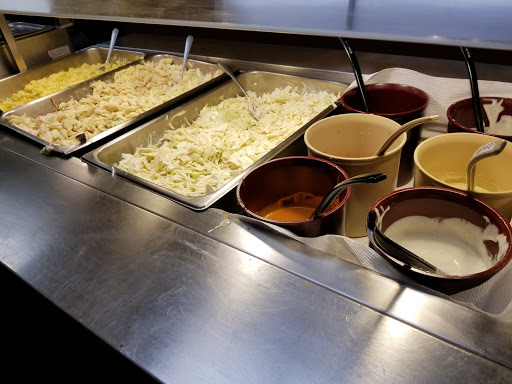 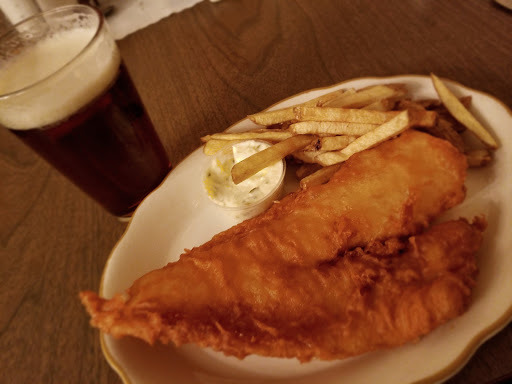 Can you accomodate large groups...say 30 people for dinner?

Delicious food at a great price

How much is a fish fry

Do they sell gift certificates

Are you handicap accessible?

Yes. The ramp is in front.

Do you have delivery? Some people don't drive and can not walk the route.

There for a banquet, food was good. Service was incredible and attentive! Great place for a bite to eat or a drink

The food was delicious. The service outstanding. Will definitely go back😊

Not much on salad bar tomatoes and crotons

Owners and employees are all extremely nice here. Service is always great and the atmosphere is wonderful. Makes you feel like your at a friend's house visiting.

good time for you

Food not as good as last year. It is a pain not to be able to have the checks split up. You have a pleasant time and then trying to figure out what everybodys bill is. Will NOT go back.

Excellent food and wonderful salad bar. So much stuff to puck from, and the bread is scrumptious.

Had fish fry the fish is cod not haddock it was half the size it was before. It felt like we were being rushed, the waitress kept coming to the table almost before you got the last fork full of food in your mouth from whatever you were eating from salad plate, main meal,etc. Taking the plate away, while still eating we were asked 3 different times if we were ready for our bill yet. The first time we only had our meal about 10 minutes. Then before we were done maybe halfway through the meal she said are you all set or are you going to want dessert. 2 minutes later again returning to ask if we were ready for the bill. I know we don't go here every week like some people and would not be considered regulars because we go about once every six months. To top all of this the food was not good the fish had no taste, the french dressing was very watery and had no taste. The shrimp cocktail still had ice on it. We will not go back.

Owners and employees are all extremely nice here.

Great fish fry (COD..my favorite and hard to find...NOT greasy!). Staff is awesome!!! The buffet that is included with fish fry is an added treat with homemade soups!

I had a very good fish fry. The beer batter was thin and very crisp, which ensured the fish was nice and moist. The salad bar has a nice variety of sides and several soups.

Great service by Kelly and team!

Any time We have been to Whistle Stop Inn it has Always been Excellent. The Food , Service all Exceptional.

Very friendly people. Great salad bar, very fresh. Food is cooked just right. Known for their fish-fry. You might even see the train go by!

Used to always have great food. Now, fish fry is much smaller and i had to wait over an hour for a to go order and to top that off they only gave me a handful of fries for a $13 dinner. Used to love this place, unfortunately won't be wasting my money here anymore.

Everybody is so nice and the food is always good, hot and out in a timely fashion. Tonight was interesting because our youngest got sick at the table. We felt so bad and embarrassed because this was the first time this has ever happened. The staff handled the situation perfectly and we were so grateful because we understand that it is not their job to clean up after our kids especially that. We would like to apologize to the other patrons that were eating there. I hope that we did not cause too much of a disturbance. We have eaten there on many occasions and the staff is remarkable. Glad we have a place in Alden like The Whistle Stop Inn to enjoy a nice family night out!

Food and drink and service was wonderful👍👍

Highly recommended! Definitely 5 Stars...would gladly give 10 Stars. The food was amazing, the staff is by far the friendliest! Everyone takes the time to not only say hello and everyone smiles. Would highly recommend and plan on returning for another meal!

Their food wasn't that great and their coffee was, in my opinion, disgusting.

Enjoyable environment and staff.great food for the price.

I was very disappointed. Broccoli soup tasted like flour. They were trying to thicken the soup and the flour didn't dissolve. French onion soup wasn't that good either. Did not try the German potato salad because they added imitation bacon bits also to the baked beans. There was more breading on the fish then there was fish. If you are looking for haddock fish, look somewhere else for it was cod.

Love the salad bar, fresh baked bread was delicious fresh cut fries are great. Fish could be in the fryer just a minute longer but was good.

My hat is off to Doug and Terry Becker and their staff for a wonderful event for my dad's 90th birthday party great food great customer service thank you for everything I highly recommend your establishment for any event!!

Was there for a banquet the food and service was excellent.

Friendliest staff and excellent food! I love their salad bar!

A local favorite and haunt featuring Friday fish fry, salad bar, and other fried foods. Food's not bad, but I recommend going with a small party (2-4) during busy times; there is not much waiting area, unless you don't mind waiting to eat in a bar (which I don't).For those in need of accessibility, you might find yourself stuck. There is a number of stairs, and no handicap ramp (that I noticed).

Great staff and atmosphere. I really like the fish fry and salad bar has great soups. You can watch trains go by while you eat, and they have a full size bar. Nice place...

I love this place, hours they are open are very limited, but it is definitely a nice place to go and have a drink or 2

Good food, excellent staff if you're not a big eater it would be pricey. If you are a big eater you will not go home hungry

Went for a party. Food was great and the service was awesome.

Hubby was looking forward to a fish fry, so we headed to the Whistle Stop in Alden. The salad bar had standard fare. As we were waiting to be seated, we saw a woman drop a soup ladle on the floor, pick it up and put it back in the soup pot. (We avoided that soup!) I ordered the 2 breaded chicken breast dinner. The chicken may have been a breast at one time, but it was a chopped and formed chicken patty. How hard is it to cook a real chicken breast? Hubby ordered the fish fry. He said the only word he could use to describe it was, "Meh!" The fish was the same quality that you get in the freezer section of the grocery store. The French fries were soggy with grease. The macaroni salad was pasta and miracle whip, and lacking flavor. The cole slaw was slightly chopped cabbage, again with miracle whip. The best thing I can say is that the waitress was very pleasant and attentive. We will not go back there.

Quick with a smile and friendly servers. Fish fry was good, just not outstanding. Salad bar greens were not real fresh and green. Ok place.

Your question has been sent.

Your review has been submitted.

Want to order over the phone?

Thank you for being with us!

We will call you back!